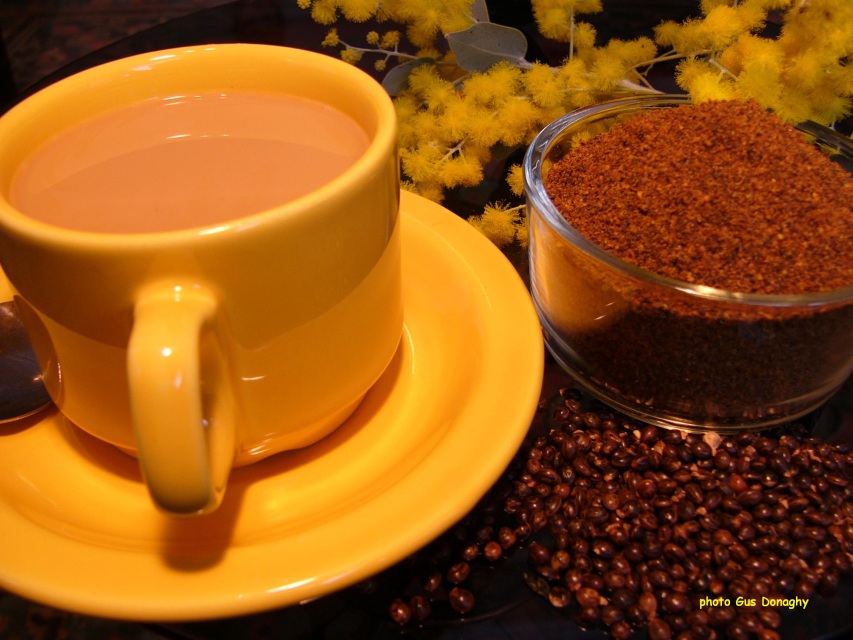 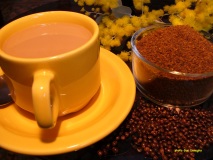 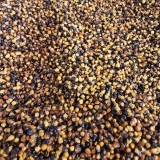 Wattleseed is in high demand for use as a ground product in pastries and breads and also as a flavouring in desserts, especially ice-cream. It is also used to produce a high quality coffee-like beverage . Wattleseed is one bushfood product collected almost exclusively by Aboriginal people from wild populations throughout its natural range. Highly nutritious , wattleseed has been a staple food of central Australian Aboriginal people for thousands of years. Traditionally the seed was roasted, soaked and eaten as a paste.
Wattleseed has a rich chocolate-nut flavour and is high in protein and a low glycaemic index food .
The first aroma of wattleseed is distinctly like fresh nutty coffee but wattleseed has subtle chocolate and hazelnut undertones. When used in creamy foods like ice-cream it will impart a nutty chocolate, yet still unique, flavour, and when used in baking and liquids you will get a coffee and nut effect.
Endlessly versatile, use wattleseed in the same concentration as you would cinnamon, just a pinch for some mild flavour, more for a complete aromatic effect. Use to flavour bread (1tbs/1kg loaf), ice-cream, biscuits, pastries, cream, scones, pancakes or anywhere you would like this unique flavour! Only a little goes a long way and the flavour will enhance with cooking or allowing to sit, as more flavour will be brought out of the grounds. It can even be used twice if the first time you allow to sit in freshly boiled water, this liquid can then be used to flavour one recipe or enjoyed as a caffeine free coffee (1-1.5tsp per person). Then use the grounds to flavour another recipe such as Wattleseed ice-cream, just mix through your favourite vanilla ice-cream, a surprisingly delicious and simple treat. Available roasted and ground.